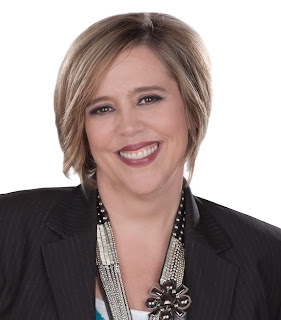 Adventure books are always a draw. Throw in a little history, and who can resist? So when I heard about Malayna Evans’ debut middle-grade, Jagger Jones and the Mummy’s Ankh (Month9Books), part of a three-book series hitting shelves today, I was especially intrigued by the Chicago angle. Malayna studied ancient Egyptian history at the University of Chicago, and the book features two South Side Chicago kids who are lost in ancient Egypt.

My morning walks take me right through the University of Chicago campus and past the Oriental Institute, where mummies and other fascinating ancient artifacts jumpstart the imagination. I've taken my own kids here, and as an author, I've contemplated weaving together a story that mixes all these elements. I've never gotten anywhere with it, but thankfully Malayna has! She shares a bit about the inspiration behind Jagger and his nail-biting adventures here.

QUESTION: What made you want to write for middle-grade readers? 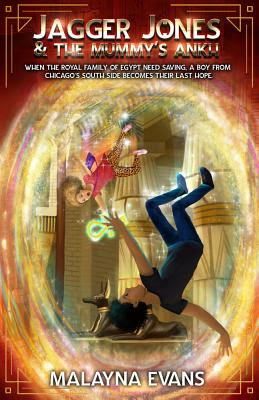 First, I trace my own fascination with ancient Egypt to my middle-school years. It wasn’t Egypt I fell in love with way back then. It was Sci-Fi and, specifically, the fantastical worlds of my favorite books—worlds loaded with gods and goddess (okay, mostly goddesses). Eventually, that interest led me to Rome, then Greece, then Mesopotamia, and finally my true love, ancient Egypt.

So many (many, many, many) years later when my son, then nine, now sixteen (and 6-foot-2!), told me someone should write a book about a kid who looked like him trapped in ancient Egypt, I figured I should be that “someone.” I was drawn to the idea of writing about my passion … for kids who were the age I’d been when the roots of my interest struck me.

And the best part is, that was a mere seven years ago. (And the moral of that short story is: kids grow faster than books!)

Q: Your background is Egyptology. Can you talk about your creative process? What was it like to channel your expertise into writing Jagger Jones?

I’m a creative gal at heart, but I’d learned to be pedantic—I had to in order survive grad school. When I first started on this manuscript, every page was drenched in history. And I don’t mean the fun, kids-are-going-to-love-it kind of history. My first draft was a snoozer (albeit a snoozer with some pretty well thought out, obscure historical theories plugged in).

I struggled for a few years, searching for a way to make the history work for me rather than against me. Eventually, I stumbled across a few tactics that worked.

For example, I retooled the three-book plot with an ancient blessing in mind. Ankh, wedja, seneb means (may you have) life, prosperity, and health. I tied book one to the theme of ankh (life). Then, to emphasize how ancient notions of life differed from ours, I transformed the traditional boy-saves-princess storyline into something altogether more ancient Egyptian-ish—it’s not her life he saves, but her afterlife. (Boo!)

Another breakthrough came when I figured out how to make artifacts work for me. On one side of a big page, I wrote down all the ancient Egyptian artifacts I could think of. On the other side, a list of things two middle-school kids might have in pockets and purses. And then I mixed things up. Turns out, having bug spray in your bag is handy when a giant scorpion attacks!

Q: Jagger and his little sister encounter some outrageous things on their quest. Are you tapping some of your favorite and least favorite details about the ancient world?

ME: Above all, I’m trying to create a nemesis, threats, and solutions your average ancient Egyptian might have dreamt up. But of course, I also want it to be a fun read for today’s middle-graders, so I might have amped things up a bit here and there.

My bad guys are the sun god, the Aten, who was all the rage for this very short, weird historical period, and his minions, the traditional creatures of chaos—crocodiles, snakes, scorpions, the dead… you know, the usual crew of baddies.

The challenges Jagger and Aria face aren’t exactly the kinds of things one might run into in Chicago, or Fargo, or really anywhere in this hemisphere today. Throughout the series, they face Apep serpents, a mummy army, even a renegade Nile that defies the rules of gravity.

But I had the most fun with solutions. Many of the solutions the kids and their ancient sidekicks dream up somehow blend ancient and modern: our science and their magic, or, Jagger’s iPhone with the princess’s fruit slices (sorry, you’ll have to read the book to figure that one out). I looked for solutions that would underline how bizarre something as mundane as plastic would be to someone who lived thousands of years ago. And, conversely, how their practices, beliefs and artifacts (read magical amulets!) would strike today’s kids. The spots where I manage to combine these are, in my humble opinion, the highlights of the series.

Q: What do you hope readers take away from your story?

ME: Above all, I hope some kids see themselves in this book. Jagger and Aria are suspiciously similar to my own two little people, in part because I believe the world needs more books that show kids like mine that some heroes look like them. And, if a few kids out in the world realize ancient Egypt, and really history in general, is way cooler than they’d previously thought, well, that would give me the feels in a very good way!

Posted by Kate Hannigan at 6:54 AM