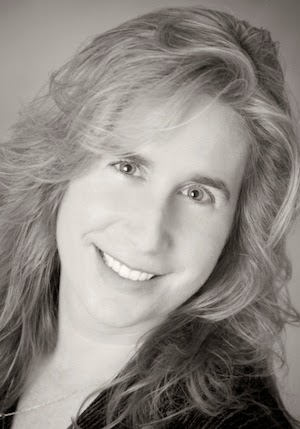 Once upon a time, when my husband was just a little guy, he believed that all doctors were women. That's because his own mom was an MD. So it made perfect sense to him that this was how the world worked. But as we know, that's not the way it was. Medical schools today are graduating women at roughly equal numbers as men. But there was time when simply the idea of a woman aspiring to be a doctor was laughable.

With the picture book Who Says Women Can't Be Doctors? The Story of Elizabeth Blackwell (Henry Holt, 2013), Tanya Lee Stone takes readers back in time to see what it was like through a young girl's eyes. Named a 2014 Amelia Bloomer Project book, Who Says shows what Elizabeth was like as a young, curious girl. And how she got the idea to become a doctor from a sick friend, who confided that she would rather be examined by a woman than a man. It lays out the challenges and frustrations Elizabeth encountered as she pursued her dream and opened the door for countless other women to pursue theirs. It's a great book to celebrate Women's History Month. 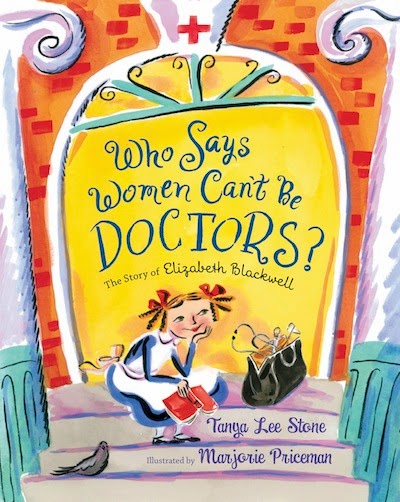 Question: While you have written teen fiction, your specialty seems to be non-fiction. You are the author of at least 15 non-fiction books for young readers – including Courage Has No Color, The True Story of the Triple Nickles America's First Black Paratroopers (Candlewick, 2013) – and 10 non-fiction picture books. What draws you to this genre? Were you been bitten by the research bug early in life?

Tanya Lee Stone: I was an outdoor, tomboyish kid who loved to read and grew up on the rocky coastline of Connecticut, so I feel as though my entire childhood was based in field research! If you pair that with the fact that I am continually amazed by the extraordinary things that "ordinary" people do (there is really no such thing as an ordinary person), it's easy to understand my attraction to non-fiction.

Q: Many of your books focus on pioneering women – Elizabeth Blackwell, Elizabeth Cady Stanton, as well as Amelia Earhart, Ella Fitzgerald, and early female astronauts. Why write about these women? 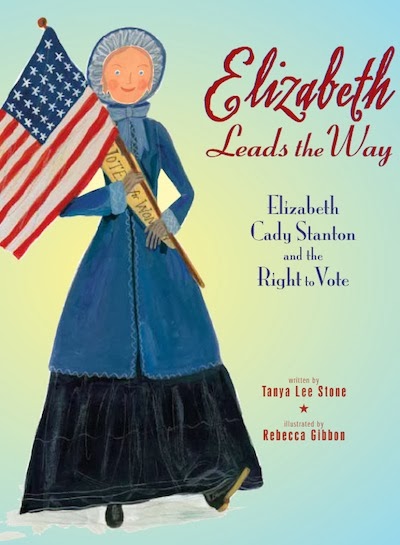 TLS: The fabric of our history is so riddled with holes that I've been compelled to do my part and fill in as many as I can. This comes down, for me, to stories about women and people of color who have been largely left out of the record.

Q: With Who Says Women Can't Be Doctors? you lay out the challenges Elizabeth Blackwell faced in stark terms for the youngest readers to understand. Who do you hope to reach with your picture books? And what do you hope to accomplish?

TLS: My picture books are both for the standard picture book age range (4-8) as well as for older readers because of the topics I tend to choose. There are two things I'm generally interested in accomplishing with my picture books – capturing the essence of someone incredibly cool who we as readers are not particularly familiar with, and inspiring readers to dream big and not let anything stand in their way.

Q: Parents Magazine named Who Says Women Can't Be Doctors? the Best Non-Fiction Picture Book of 2013. And Booklist listed it a Top 10 Youth Biography. What do awards like these mean to you? Do they help you connect history and non-fiction to even more young readers?

TLS: There are so many wonderful books that come out every year that don't get the attention they deserve, and it is always a huge honor to be highlighted with these kinds of accolades. Honors like these are also important in terms of elongating the life of a book and helping to keep it in print (and with nonfiction this can be even trickier than with fiction), as well as calling attention to it for readers who might otherwise miss it. For example, the Parents' Magazine press likely alerted a lot more parents than might have known about it. I am extremely grateful. 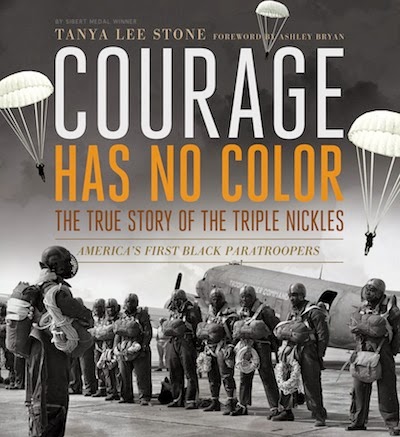 Q: Do you feel that the publishing world is more interested in non-fiction books these days than in the past? Was there a time when it was hard to sell your non-fiction work?

TLS: That's a bit of a tricky question, depending upon your perspective. While it is true that things like the Common Core have brought more mainstream, trade/bookstore-type attention to non-fiction, it has also been an area that has been strong for a long time because of the need for good non-fiction for kids in the school and library market.

Q: Where do you get your ideas for the next project? What will we see from you next?

TLS: I am always doing research, and always coming across things that elicit emotional responses from within, which can be negative or positive. Things I come across in the news or doing research that make me say, "Wow, how cool, I didn't know that!" are equally compelling to me as when I find something that makes me outraged or confused. I have several books in the pipeline, and the next one up (in 2015) is a picture book about Jane Addams called The House that Jane Built. After that, be on the lookout for more long-form narrative non-fiction from me, as well as new picture books. Thank you so much for getting in touch and Happy Women's History Month!
Posted by Kate Hannigan at 5:25 AM 2 comments: