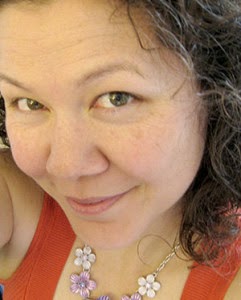 Chicago children's author Crystal Chan knows what it's like to feel a little different. Growing up as a mixed-race kid in Wisconsin, she has been trying to find her place in the world ever since. With her beautifully written new middle-grade novel, Bird (Atheneum Books for Young Readers), Crystal mines her experiences to powerful effect. Bird was published in January and already has garnered a series of strong reviews.

Bird tells the story of 12-year-old Jewel, who was born the same day that your brother died. As the only mixed-race family in her rural Iowa town, life is a bit lonely for Jewel. When a new boy arrives on the scene, Jewel is grateful to have finally found a friend. But the boy's presence has an unsettling effect on her family, especially since he is named John, the same name as her late brother. Suddenly the layers of her family's silence begin to unravel, and Jewel has to choose between her loyalty to them or to her newfound friend. 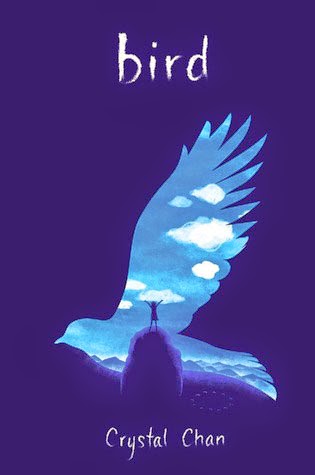 Crystal Chan: I started writing about five years ago, and I started writing middle-grade after trying and failing to write picture books – I was at a picture book writing workshop with Esther Hershenhorn, who pegged me as a novelist. I, however, wanted soooo badly to write picture books (I like pictures). Distraught, I participated in NanNoWriMo to prove her wrong, only to find out that yes, I could write 50,000 words in a month. So that put me on the novelist’s path.

I did have a previous manuscript – that was how I found my agent, Emily van Beek. I went to a writers’ conference and submitted my first 20 pages for a critique, and the reader, Kathi Appelt, loved my manuscript and wanted to read the whole thing! After that, she put me in touch with her agent and other agents she knew. So that’s how I met Emily.

As for Bird, fast forward about a year; I went to another writers’ workshop with Namrata Tripathi, who read the first 50 pages of my work in progress. When we went out with my finished, original manuscript, the editor said, "Thanks but no thanks on this manuscript – but I want to acquire the WIP I read: I can’t stop thinking about it." So we sold Bird as a first-draft partial, as a debut, which was a crazy process, let me tell you.

Q: You've talked about growing up in a mixed-race family in the Midwest, much like Jewel in Bird. What inspired your story? What was your "ah-ha" moment like when you realized you had this story on your hands? Can you talk about the writing of the book?

CC: I had just gone to a SCBWI conference, where Kathi Appelt was speaking, and she had just come out with her book at the time, Keeper, which is about a girl who thought her mother turned into a mermaid because her mother was lost at sea. Afterward, I was sick and home from work. I had also finished my first manuscript and was fretting that I might not have another idea for another novel. Ever. I was thinking about this for hours, and finally I got so sick of myself that I said, "Crystal, either you get up out of bed and write your next book, or you go to sleep because you’re sick. But you’re not going to lie in bed thinking about not writing your next book."

And then I started thinking more about Keeper, and how I loved that story. And I thought, "A girl who thinks her mother was a mermaid – that’s such a great idea – but what if… instead... there was a boy who thought he was a bird? What would he do?" And instantly I saw a small boy, about five years old, jumping off a cliff because he thought he could fly. Then the voice of the protagonist, Jewel’s voice, started speaking, and I got out of bed and wrote the first chapter.

Q: Bird weaves together a variety of threads – loss, grieving, hope, feeling like an outsider – along with magic realism and a sort of mysticism. What are some of the influences in your life that readers might see in your writing?

CC: Goodness – there’s so much of myself in Bird. Growing up mixed race in a white town in the '80s made me a pro at being an outsider (grins). So I was able to draw on a lot of my own personal experiences on not being understood, being overlooked. And I grew up Catholic. While my opinion on Catholicism varies from day to day, going to Catholic school as a kid really helped teach me the depth of symbolism and mysteries. And in a funny way, I draw on that upbringing when I consider symbolism and patterns, enigmas and character rituals, while crafting a novel.

CC: My goal for writing is to tell the truest story possible, no matter how uncomfortable that truth is for my characters – or for me! As for my readers, I hope kids will begin to understand that there are lots of different ways of viewing the world (as Jewel’s family members and best friend all have different perspectives), and that there are a lot of mysteries out there that grown-ups just can’t explain. Even though we like to think we can.

CC: I’m working on a young adult novel that is very different – but you’ll have to wait a bit to hear about it.
Posted by Kate Hannigan at 5:25 AM No comments: