Christmas Chaos in Jennifer Ziegler's 'Revenge of the Angels' 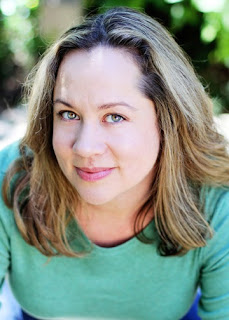 With the countdown to Christmas on, it's a great time to explore another holiday title. This time we get to know middle-grade author Jennifer Ziegler, whose hilarious Revenge of the Angels (Scholastic Press, August 2015) will put tween readers in just the right spirit.

Angels tells the story of the Brewster triplets, Dawn, Darby, and Delaney, who want very much to play the Three Wise Men in the annual Christmas pageant but instead are handed wings and told they have to play angels instead. It's the second book in this wonderful series, after Revenge of the Flower Girls (Scholastic Press, 2014) featured the triplets wreaking havoc on their big sister's wedding.

Jennifer has written YA too, with How Not to Be Popular (Delacorte Books for Young Readers, 2008), Sass & Serendipity (Delacorte, 2011), and Alpha Dog (Delacorte, 2006), as well as contributed to a variety of anthologies. And there's still more: Jennifer also works for The Writers’ League of Texas, a nonprofit based in Austin, Texas, where she lives with children's author Chris Barton (see last week's interview) and their four kids. Phew! 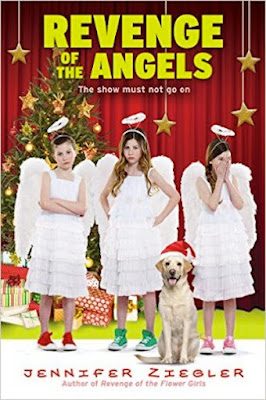 Question: The Brewster triplets from Revenge of the Flower Girls are back! What made you decide to set these latest adventures against the peace-love-and-joy season of Christmas?

Jennifer Ziegler: I had several follow-up stories in mind, but this was the one my publisher and I like best. There is something inherently dramatic about setting a tale during the end-of-year holidays. Already the stakes are higher, emotions are heightened, and expectations are raised.

Plus, with the first book the triplets were focused on a family problem. In this one, it’s a community issue. And what better backdrop than during the time of peace and goodwill to all?

Q: Your books are hilariously funny. Can you talk about your creative process? Do you hole up alone and laugh maniacally? Or do you test out your humor on family members or friends?

JZ: Thank you! I suppose I do both. Early on in the process I might test out a section on whichever poor, unsuspecting family member might be passing by. Later, when I’m steeped in the world of my book, my characters tend to take over. There are scenes where I feel more like a court reporter than a writer – just setting down what I see and hear. In that mode, my characters will often crack me up. 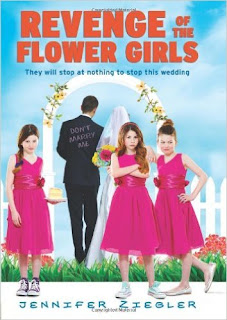 Q: There are a lot of hijinks in your stories. Were you as spirited as Dawn, Darby, and Delaney? Is there a bit of you spread out over the triplets? Or in your other titles?

JZ: No, I wasn’t nearly as outspoken or bold as the triplets. I was rather withdrawn and cautious, but I had a vivid inner life. On the other hand, I could get up to shenanigans if I was in a group. Sometimes with my siblings or with a pack of good friends I’d be the one saying, “Hey, you know what would be funny?” And the next thing you know we’re all answering our teacher in a funny accent or doing chalk outlines of ourselves on the pavement.

Q: What is the dinner table conversation like at your house with your husband, Chris, being a fellow children's author? Do you talk a lot of shop?

JZ: We do. Dinner conversation runs the gamut – especially when the kids are there. We had a lively conversation recently on what would be appropriate music for an Elfin garden party and another on what kind of voice our dog would have if he suddenly became human. Every evening Chris and I take Ernie, the dog, for a long walk. It’s our chance to check in with each other and talk out concerns about the kids or the finances or our works-in-progress. He’s especially great at helping me with the logistics of my story. I’m usually confident in characters, emotions, themes, and other big-picture items, but I struggle with intricacies of plot. He is brilliant with that.

Q: Both you and Chris have Christmas books out this season. Are the holidays especially fun at your house this year?

JZ: Well, they are especially busy! But I do think they will be extra fun. The kids were early readers of my triplet stories, and we all helped Chris with his Nutcracker book research by going to see the ballet and then discussing it at length. So I think there’s a shared sense of ownership and pride in our projects. But also, we’re looking forward to celebrating family -- the Brewsters, the Christensens, and the Barton-Ziegler clan. For us, the best thing about the holidays is gathering with all the special people in our lives. And this year there will be a few extra characters in the mix.
Posted by Kate Hannigan at 5:25 AM No comments: