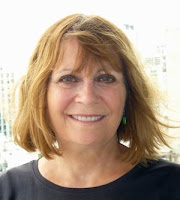 Author Christine Brodien-Jones is always up for adventure. At least, judging by her middle-grade novels she seems to be. A former journalist, editor, and teacher, Christine brings a spirit of inquiry and excitement to her writing. The Owl Keeper (Delacorte, 2010) tells the story of a brave young forest boy who must overcome the powers of the dark by harnessing the ancient forces of the owls. And her forthcoming The Glass Puzzle, which will be published by Delacorte in July, pits an 11-year-old girl and her cousin against sinister forces in a sleepy seaside town in Wales.

In her thrilling fantasy novel The Scorpions of Zahir (Delacorte, 2012), young people do battle against ancient and deadly powers again, this time in Morocco. The story features 11-year-old Zagora Pym, who has always dreamed of becoming a desert explorer. When a mysterious letter arrives for her father, she and her astronomy-obsessed brother travel with their dad to Morocco in search of a fellow with the curious name of Pitblade Yegen. He's an explorer who was lost in the desert years back near the ancient city of Zahir. There's a little something the daring Zagora has been keeping from Dad: she’s been reading the journal that Pitblade left behind. In it, Zagora discovers the forgotten legends of Zahir as well as ominous threats to the city itself. For the intrepid Zagora, she can't get there fast enough.

Question: The Scorpions of Zahir transports young readers to modern day Morocco as well as the exotic desert of the past. And your writing conjures up the tastes and smells of a distant, exciting land. What made you choose this setting and take readers to this part of the world? 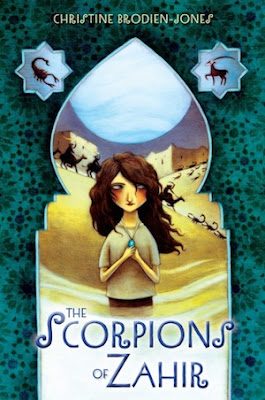 Christine Brodien-Jones: Since I was very young I’ve been fascinated by the desert—I remember constructing a pyramid with a mummy inside for a school science fair project—and I’ve been to Cairo, Thebes, Tangiers, Fez, and Marrakech. The impetus for The Scorpions of Zahir goes back to the summer of 1998 when I traveled with my husband and two sons for three weeks through Morocco. The intensity of that experience haunted me for a long time afterwards: the heat and dust, the exotic smells and colors, the people, the music, the frenetic pace of Marrakech and, most evocative of all, the Sahara. We traveled by camel and camped under the stars in the desert, eating tagine baked under the sand and waking up the next morning to find our camels gone (the camel driver eventually rounded them up!). For this book I decided to send the Pym family on a similar journey to Morocco, based loosely on our experiences.

I was also influenced by a number of books I’d read, among them The Road to Ubar by Nicholas Clapp, which describes the search for the fabled Arabian city of Ubar; Paul Bowles’ Under the Sheltering Sky follows three American travelers adrift in North Africa after World War II; and Desert by J. M. G. Le Clézio, which tells of the last days of the Tuareg, who are being driven from their ancestral lands in North Africa. All three books explore the impassive cruelty and seemingly infinite emptiness of the desert, which started me thinking about how the desert can change you, a concept that became intrinsic to the book.

Q: Where did you get the idea for Zagora, the fearless heroine of The Scorpions of Zahir? Are you like her? Or was she inspired by women you've read about or known?

CBJ: There’s some of me in eleven-year-old Zagora, for instance her burning desire to go to the Sahara and find the legendary city of Zahir. Along with wanting to be an author when I was a kid, I also dreamed of being an archaeologist and digging up a buried city. I like to think that in some ways I was like her when young—though perhaps not as brave!

Freya Stark is Zagora’s No. 1 heroine and both, as I see them, possess a true spirit of adventure.  I read about Freya in our Footprints handbook which, like the book Zagora’s dad carries around, was our travel book for Morocco. Freya Stark traveled to remote areas in Turkey and the Middle East where few Europeans, particularly women, had traveled before. She was celebrated in her lifetime as the quintessential explorer. 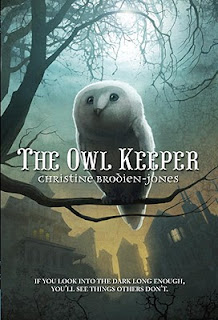 The New York Times called Bowles’ characters “tough and savvy and true to themselves” and I hope Zagora comes off that way by the end of the book, after going through so many harrowing desert experiences.

Q: I will never be able to think about a scorpion again without shuddering. How did you decide on such dreadful creatures to pit against Zagora and her band of adventurers?

CBJ: I’ve never seen a real scorpion (and hope I never do), but I’ve read extensively about them.  And I have a friend who was stung by a scorpion and almost didn’t survive. The thought of scorpions truly gives me the shivers. Ugh. So when I was trying to come up with a scary desert creature, a scorpion was the first thing that popped into my head. Then I thought: what if there were lots of scorpions and they were growing bigger?

Q: The Scorpions of Zahir's plot moves at a breakneck pace, which keeps readers turning pages. Yet Zagora and her brother are well-drawn characters. Was it hard to write an adventure story while keeping an eye on making your characters real and believable?

CBJ: The characters of Zagora and Duncan were always clear to me from the beginning, but as I journeyed with them through a number of drafts I got to know them much better. The two editors who worked on the book suggested I tone Zagora down a bit and make Duncan less whiny, which made it easier for these two characters to reconcile in the end.

I think that if you know your characters well and throw them into a dangerous, nail-biting situation, it’s not all that difficult to make them believable because you know pretty much how they’ll react.

Q: Zagora goes through some serious battles, and her bravery is tested at every turn. Will we expect to see more stories of everyday kids doing extraordinary things in your next novel? 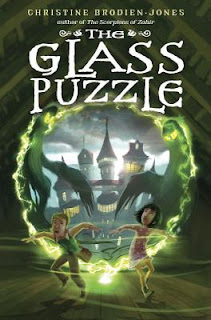 CBJ: You will! My next book The Glass Puzzle is set on the coast of Wales, in Tenby, a medieval walled town in Wales with secret tunnels running beneath the streets. The town is famous for its pirates, smugglers and caves, and some buildings are supposedly haunted by ghosts. I’ve twice visited Tenby, and it truly is a mysterious, windswept place. The book revolves around two cousins, Zoé and Ian, and their Welsh friend Pippin, who discover a glass puzzle that’s been hidden away for decades, unleashing ancient forces that threaten their idyllic summer town in sinister ways.

CBJ: I write for middle-grader readers because I loved books so much at that age—especially fantasy. Reading was always a journey for me, filled with danger, mystery and adventure, and I remember losing myself inside books for hours. Once I grew up, I rediscovered children’s books through my two sons; now I write the kinds of books I would’ve enjoyed reading as a kid. I hope my books will spark the imaginations of young readers, take them from their everyday lives to unexpected places, and maybe even inspire them to write a story of their own.
Posted by Kate Hannigan at 10:22 AM 2 comments: