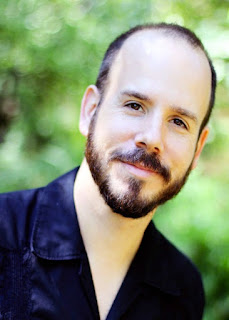 If your house is like ours, it's Nutcracker mania right now. We're eating, sleeping, and dreaming (of Sugar Plum Fairies, of course) about the Christmas spectacular based on the story by E.T.A. Hoffmann, as are countless dancers and their families across the country. So it seems the perfect time to spotlight a wonderful new picture book about the Nutcracker's American roots, The Nutcracker Comes to America: How Three Ballet-loving Brothers Created a Holiday Tradition (Millbrook Press, September 2015), from the multi-talented Chris Barton.

Illustrated by Cathy Gendron, The Nutcracker Comes to America has earned starred reviews from School Library Journal, Booklist, and Publishers Weekly. It tells the story of brothers William, Harold, and Lew Christensen, who staged the Christmastime story during World War II in San Francisco and watched it grow – from a 19th-century Russian ballet into a beloved American ritual. 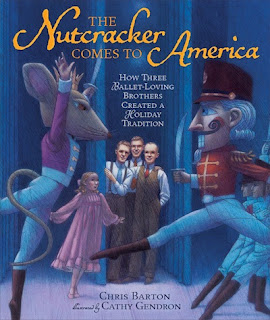 Readers might be familiar with a few other non-fiction books from Chris, who has an incredible, enviable knack for finding fascinating topics to write about. Also from this year is The Amazing Age of John Roy Lynch, which published in April with Eerdmans. It is illustrated by the remarkable Don Tate and has received starred reviews from Publishers Weekly and Booklist, as well as being named to the 2016-2017 Texas Bluebonnet list.

And making the holidays even brighter, Chris's wife Jennifer Ziegler has her own Christmas book out too – within one week of his – titled Revenge of the Angels (Scholastic, September 2015). Look for an interview with Jennifer here next week.

Question: How did you decide to write about the three Christensen brothers and the birth of the Nutcracker tradition? 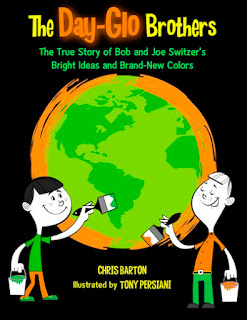 Chris Barton: I’d never even heard of the Christensens or given any thought to how ballet developed in America until I read Willam Christensen’s obituary in 2001. But I’m a big fan of filling in gaps in my own knowledge, and in the case of the Christensen brothers, there was also the gap of the vaudeville circuit, which they’d spent time on. Telling the brothers’ story was what first interested me, and I thought it made sense to end a picture book about them with their mid-career staging of the first American Nutcracker. Editor Carol Hinz at Millbrook Press, however, helped me see that the big story here was The Nutcracker itself, so while the book is still very much a biography of Willam, Harold, and Lew Christensen, it’s all oriented toward showing how that holiday tradition came to be.

Q: The Day-Glo Brothers, The Amazing Age of John Roy Lynch, a forthcoming picture book biography of Barbara Jordan: how do you choose the subjects you write about? Is there a common thread among them?

CB: I think it’s more of a web than a single thread. 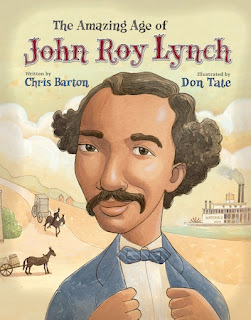 I do see a thread connecting The Day-Glo Brothers and The Amazing Age of John Roy Lynch, in that both books tell a story of how the world we know today came to be. For Day-Glo, it’s a story about how the world looks, with those superbright orange, yellows, and greens. For John Roy Lynch, it’s a story about why we as a nation are so far behind where we would have been had Reconstruction’s progress in civil rights, voting rights, and social justice not been turned back by the forces of hate and indifference.

And I also see a thread between the story of John Roy Lynch – one of the first black Americans in Congress – and Barbara Jordan, whose 1972 election (alongside Andrew Young of Georgia) made her one of the first African Americans in seven decades to join Congress from a former Confederate state. She benefited from the Voting Rights Act passed 100 years after the beginning of Reconstruction, and in Congress she worked to expand the Voting Rights Act to protect the rights of Spanish-speaking Texans, among others.

By the time my book about Barbara Jordan, What Do You Do with a Voice Like That?, is published in 2018, who knows what new threads will connect it to the books of mine that follow? 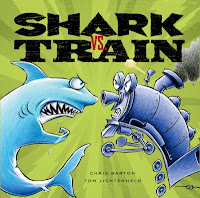 Q: You're also the author of Shark Vs. Train and other children's books. Do you have a favorite genre? Have you been bitten by the research bug and see yourself sticking with non-fiction biographies?

CB: This work would not be nearly as fun if I couldn’t satisfy the silly side of my personality as well as my research-loving side. I’m pleased to say that I have four picture books coming out in 2016, and three of those – That’s Not Bunny!, Mighty Truck, and 88 Instruments – are all purely playful fiction.

Q: The Christensen brothers aren't quite triplets like the siblings in your wife, Jennifer Ziegler's books, but they're close. Do you and Jennifer ever consider collaborating on a project?

CB: We’ve talked about it, and there’s at least one project – a music-related YA novel – that I think would be lots of fun to write together. We listen to music constantly, so in that sense, maybe we’ve already started laying the groundwork for that collaboration. Jenny knows tons about novel-writing, and I know my way around a research-heavy project, and maybe those skills would complement each other. If there’s an editor out there who thinks, “These two should definitely write a book together,” I think we’d be game. 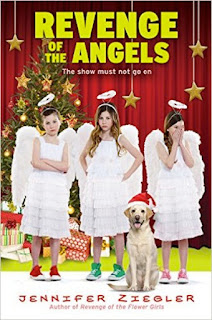 Q: Both you and Jennifer have Christmas books out this season. How do the holidays feel for you this year?

CB: Serendipitous! For one spouse’s middle-grade novel from one publisher and the other spouse’s non-fiction picture book from another publisher to coincide with similar themes (siblings+holidays), publication dates (one week apart), and covers (the stage curtains!) is some pretty interesting luck. Not to be mawkishly romantic or overly woo-woo about it all, but like so much of our lives together, this particular aspect of them feels like it was meant to be.
Posted by Kate Hannigan at 12:12 PM No comments: