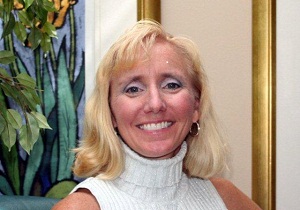 Chicago's Printer's Row Lit Festival is coming up next weekend, June 8-9. It's a two-day gathering of booksellers, book writers, and book lovers from all over the Midwest to discuss and celebrate new titles. This year's "debut children's authors" panel features some changes from past festivals. Typically moderated by the inimitable Esther Hershenhorn over at Teaching Authors and held on Saturdays, the panel this year will be somewhat managed by yours truly and will take place on Sunday morning. Come hear four brand-spanking-new authors talk about their books and their journey to publication: Demitria Lunetta and her YA In The After, Eileen Meyer and her picture book Who's Faster? Animals on the Move, Tom Watson and his middle-grade Stick Dog, and Nancy Cavanaugh and her middle-grade This Journal Belongs to Ratchet. Nancy's Ratchet (Sourcebooks, 2013), which earned a starred review from Kirkus Reviews, is a particularly enjoyable read in that it lets young readers enter her world via writing assignments the young homeschooler has to complete in her journal. Through exercises like poetry, dialogue scenes, and free writing, we see how 11-year-old Ratchet (real name Rachel) wants nothing more than to lead a normal life rather than the one she currently has fixing cars with her quirky mechanic father. She wants a friend. She wants to know about her mom. She wants her dad to stop being embarrassing.

So she sets out to make some things happen. Ratchet doesn't quite find the girlfriends she wants so desperately to make in the charms class at the community center. But she does find a kindred soul among the boys in the go-cart class that she helps her dad teach. In the end, Ratchet finds a way to accept herself and her dad and the "normal" that is their life together. Ratchet is a memorable character whose challenges can break your heart but whose triumphs can make you shout out loud.

Question: The format for This Journal Belongs to Ratchet is fresh and fun. Did you originally envision the book as told in journal format or did this idea evolve? Can you speak to that process?

Nancy Cavanaugh: The character’s voice is usually where the inspiration begins for me. From the very beginning, Ratchet’s voice came through as journal writing, but the idea for using the various types of writing assignments evolved as I began to let her story unfold. Writing the entire book this way always made it feel very creative and fun; but at the same time, writing the entire book this way was the biggest challenge. I really had to figure things out as I went along because it was something I had never done before.

Q: Where did the original idea for Ratchet’s character come from? What was the spark that made you put pen to paper?

NC: As I mentioned, my ideas almost always start with a character. I can still remember writing the very first words for the book. I was sitting outside in a lawn chair on the back porch. I had a brand new spiral notebook which I had purchased just for Ratchet because the idea of her had been percolating in my head for a while. I wrote down some of Ratchet’s thoughts. Some of those very first words I wrote, even after countless revisions, are still in the book today. After I wrote several pages in Ratchet’s notebook that day, I put the notebook away because I was working on another book at the time. I didn’t take the notebook out again for several months. By that time, Ratchet’s voice had grown even stronger. I can’t really explain that part – to me that’s the magic of writing.

Q: With all the talk about fixing cars and building go-carts, you could easily have made Ratchet a boy. What made you decide that your main character was female?

NC: Ratchet being a girl and being able to do things that most girls don’t do is one of the things that makes her so special. An important part of her story is about learning to accept her strengths, even though it’s easier for her to wish she were good at something else.

Q: What do you hope readers take away from the story? What do you want to accomplish with your writing?

NC: I love stories with heart and soul and guts; and that’s what kind of story I hope readers think Ratchet is. My wish is that anyone who reads Ratchet will be able to somehow connect emotionally with one or all of the characters. And in the end, I hope readers will be able to accept themselves and their circumstances in a more positive way, which is what Ratchet ultimately does.

NC: I’m thankful to be able to announce that my next book Always, Abigail will be coming in October 2014 from Sourcebooks/Jabberwocky. The entire story is told in lists, letters, and writing assignments, in which a girl named Abigail uses her language arts class’s Friendly Letter Project to cope with the worst school year ever – and in the process turns it into the best year ever.