Titles for Summer Readers From Librarians Across the U.S.

The Summer Reading List Committee at the Parkway School District in Chesterfield, Missouri, deserves a pat on the back. They've compiled an amazing roster of good summer books for students entering kindergarten through sixth grade, broken down by year. It's vast, it's detailed, and it's immensely helpful. Here is the rundown of books for young readers entering third grade in the fall. 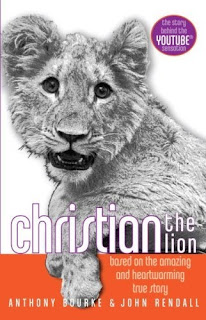 Read Alouds
Bridges: Ruby’s Wish 2002 historical fiction, ethnic diversity
During the 1800s in China, when few girls learn to read and write, Ruby fervently desires to attend university with all the males in her family.
Curtis: The Bat Boy and His Violin 1998 sports, music, ethnic diversity
Reginald loves to play his violin, but Papa wants him to be outdoors more and enlists him as the bat boy for the baseball team Papa manages. Reginald plays his violin in the dugout, and the team improves.

Independent Reading
Adler: Bones series mystery
Everyone needs bones — Detective Jeffrey Bones that is. With his bag of detective tools in hand, read how Jeffrey can solve any mystery.

Bourke: Christian the Lion: Based on the True Story of Anthony (Ace) Bourke, John Rendall and Christian the Lion 2009 nonfiction
Details the experiences of Anthony Bourke and John Rendall, who bought a lion cub from a department store, raised him as a pet, reintroduced him to the wild in Kenya and years later received a warm welcome from the grown lion.
Bunting: One Green Apple 2006 historical fiction, ethnic diversity
Farah is new to the U.S. and her class. She feels alone until she goes on a field trip and realizes things are alike everywhere.
Cleary: Math is CATegorical series stores in rhyme, mathematics
Mathematical functions are explained in rhyming text and simple, silly cartoons.
Cronin: Diary of a Fly 2007 animal fiction
A young fly discovers, day by day, that there is a lot to learn about being an insect, including the dangers of flyswatters and that heroes come in all shapes and sizes.
Dadey: Adventures of the Bailey School Kids series schools, fiction
There are some pretty weird grown-ups living in Bailey City.
DeFelice: One Potato, Two Potato 2006 fairy tale
A very poor, humble couple live so simple a life they share everything, until the husband discovers a pot with magical powers buried under the very last potato in the garden.
DiCamillo: Mercy Watson series animal, fantasy, humor
Welcome to the wry and endearing world of Mercy Watson, the beloved "pig wonder" of the Watson household.
Foxworthy: Dirt On My Shirt 2008 poetry
Comedian Jeff Foxworthy presents more than 30 illustrated poems for children on such topics as friends, bugs, family members and pretending.
Holm: Babymouse series 2005 graphic fiction, friendship, imagination
An imaginative mouse learns life lessons while living her life.
Hopkinson: Abe Lincoln Crosses a Creek: A Tall, Thin Tale (Introducing His Forgotten Frontier Friend) 2008 historical fiction
In Knob Creek, Kentucky, in 1816, seven-year-old Abe Lincoln falls into a creek and is rescued by his best friend.
Johnson: Just Like Josh Gibson 2007 sports fiction, historical fiction
A grandmother recounts the story of the day she was allowed to play in a baseball game, even though she was a girl.
Kerrin: Martin Bridge: Ready for Takeoff! 2005 fiction
Martin means well, but his ideas don’t always turn out as expected. In three stand-alone chapters, Martin deals with issues at home and school.
Pinkney: The Ugly Duckling 1999 fairy tale
This adaptation of the Hans Christian Andersen classic portrays an unhappy year for an ugly duckling who eventually grows up and transforms into a beautiful swan.
Sachar: Marvin Redpost series fiction
Marvin Redpost encounters hilarious problems with school, family and friends.
Stilton: The Geronimo Stilton series mice, fantasy, mystery
Geronimo Stilton is a mouse newspaper editor and journalist who travels the world to chase important interviews but winds up in the middle of adventures that involve solving intriguing mysteries.
Tunnell: Mailing May 1997 historical fiction
Five-year-old May wishes to visit her grandmother, but the train is too expensive. May's father and cousin concoct a clever means of sending the child after all.
Warner: Only Emma 2005 fiction
Emma’s mother loses her job, so Emma becomes the new kid in the school and neighborhood. An only child, Emma’s life changes when a four year old comes for a visit. 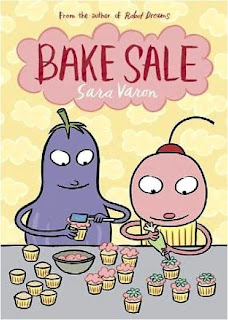 The librarians at View Ridge Elementary in Seattle, Washington, offer this quick list of funny reads for those hankering for some humor:

Bake Sale by Sara Varon
Flat Stanley by Jeff Brown
Gooney Bird Green by Lois Lowry
Magic Pickle by Scott Morse
The Trouble with Chickens by Doreen Cronin
Punished! by David Lubar
Scaredy Squirrel series by Melanie Watt
Spot the Plot by Patrick Lewis
Sweet Tooth by Margie Palatini
Why Did the Chicken Cross the Road? by Marla Frazee et al.
Posted by Kate Hannigan at 5:25 AM No comments: