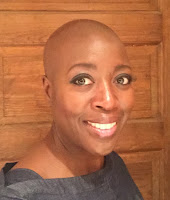 Art museums and heists have been the subject of wonderful children's books from From the Mixed-up Files of Mrs. Basil E. Frankweiler all the way to Chasing Vermeer. Chicago middle-grade and young adult author Bridgette R. Alexander offers her twist on the tales with her debut novel Southern Gothic: A Celine Caldwell Mystery, (Paris 1865 Press, March 2016). As a modern art historian, Bridgette brings a deep knowledge of the field, having worked with some of the world’s finest museums in New York, Paris, Berlin and Chicago, and having developed art education programs, curated exhibits, as well as taught and published in art history.

With Southern Gothic, two mysterious paintings have disappeared from an upcoming exhibition at the esteemed Metropolitan Museum of Art in New York City. And Celine's mother, the imperious curator Julia Caldwell, is a prime suspect. Celine believes her mother is innocent and, despite their strained relationship, vows to find the paintings and keep her mother out of jail. Sixteen-year-old Celine is a delightful character, whose voice Kirkus describes as "conversational and snappy, making for a quick, sparkling read, and the details about art history throughout add an extra dimension of interest." 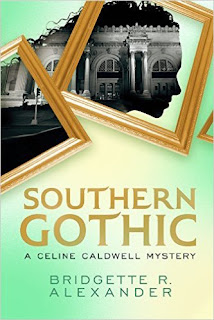 Question: What was your path to publication like? Not everyone follows the traditional route. Tell us about yours.

Bridgette Alexander: Well, initially I took the traditional path of approaching agents, attending conferences to meet agents and editors, and even had a friend who works as a sales rep of a major publishing house to pass my manuscript along to editors she knew. However, after 45 rejection letters stating mostly that they couldn’t connect with the protagonist, Celine Caldwell, as a privileged bi-racial teenage girl – not one who’s living and struggling in a ghetto, and dealing with other social issues – I changed my strategy. I decided, to form my own publishing house, Paris 1865 Press, and produce the first book, Southern Gothic: A Celine Caldwell Mystery.

I would not recommend this path to every author. If I didn’t like the publishing business so much – the art-work, the promotion and marketing, the development, and the financing – I would have succumbed to challenges and given up. But I love that part of it. It’s fun! I have a background of working in the financial industry – futures and commodities; and in high-end retail and merchandising.

Q: Will you share your creative process? Who is Celine and where did she come from? Did she develop fully formed in your mind? Or did you labor over her character for years? Is she you, someone you know?

BA: Celine Caldwell, her friends and the world she occupies are drawn largely from a world that I am familiar with – New York, and in particular the art world. I am fascinated by the art world for its alchemy of beauty and money, the sacred and the profane of humanity. The evening I started to put Celine together, I thought about women that I know who are art historians, curators, artists, archivists, gallery owners, board of trustee members, professors of art history, in New York and Paris. Ironically Celine’s friends, Baheera Amid, Reese Dreyfus, Troy Roberts, Sandy Brennan, her mom Julia Caldwell, her mother’s best friend Laurel, her dad Peter and his girlfriend Warner, and Julia’s love interest Nigel Peel, came flowing out of me like a river. I developed their personalities, how they looked, I could see them all so clearly in my mind. The clothes they wear, the restaurants they’d dine in, their favorite books, movies and TV shows.

It took a long time before I could do the same for Celine.

She was too close to my own personal world. I knew her age. I knew I wanted her to be bi-racial. I knew she would have to live in NYC on the Upper West Side but go to school and socialize on the Upper East Side. I even knew how she’d look – her hair long and curly, skin and eye color. But her personality and her soul took a long while before I could see and feel those elements of her.

It took a long while for me with Celine because I thought she ought to be some reflection of me. And I struggled with that notion. I am an art historian. I’ve loved art and its history since I was a child. So in a lot of ways, it felt like a no-brainer that this character would be like me. But she’s not. She could not be me. I am not Celine.

I realized this when I was holding my baby daughter and imagining her future. I had imagined that I was Celine relating to my mother, but just then I realized Celine is my daughter relating to me. Not that I am Celine’s mom, Julia. I was not as narrowly laser-focused professionally as Julia. Professionally I had a lot of fits-and-starts.

It’s at that moment Celine came alive and presented herself to me. From that moment forward, my role with her has been more like “dictating her story.”

Q: Kirkus called Celine an "uptown Nancy Drew." How easy or challenging did you find writing mystery? Is this a genre you love? Or is it one you came to recently?

BA: That’s pretty cool. Celine is sort of an uptown Nancy Drew. She attends a private school on the Upper East Side of Manhattan and has a mom who’s a major figure in the New York art world. Her mother, Julia Caldwell, is a powerhouse curator of modern art at the Metropolitan Museum of Art – where Celine has an internship. Her dad, Peter Caldwell, is an investment banker. He’s what I refer to as a dot-portrait fixture on the pages of the Wall Street Journal. Celine’s world is quite privileged. Yet, there is an undercurrent of mayhem that is constantly brewing, and Celine is the only person who wants to set things right.

Q: How do you hope readers respond to Celine in the story? What do you hope to accomplish with the book?

BA: I want readers to love her as much as I love her. She’s smart, tart and loves arts. She’s a real cookie for the ages. More seriously, I want Celine to open doors for readers just as my grandparents did for me. My grandparents provided an entryway into art museums and galleries for me. They escorted me through the histories of art – the artists and the styles. They made art and the art museum feel as though it was an extension of my backyard. My grandparents did not have a lot to give me financially, but they did open up doors and point to what was on the other side of that door – hope, inspiration and the bounty of America.

Q: What are you working on next? What adventures lie ahead for you and Celine?

BA: I am working on more Celine Caldwell Mysteries and further building and establishing Paris 1865 Press publishing house. Southern Gothic is a part of a long series. Next up there is the story of murder inside of a political group that has inspired some of its members to vandalize a student art exhibition. The book is called Sons of Liberty (2017), and the art involves American paintings about America’s founding revolution. After that Celine will tangle with a fatwa against a Middle Eastern art patron, Pasha (2018); and the murder of a Hollywood heart throb, Night on Mulholland Drive (2019).
Posted by Kate Hannigan at 5:58 AM No comments: